By Camille Nzengung
3.48k
Pregnant with her first child and then on maternity leave, Eva Sonaike grew bored of the bland decor that characterized her London flat. Sonaike, a fashion editor for the likes of German Elle, InStyle, and Focus, grew up surrounded by vibrant Nigerian prints. But in London, she struggled to find the wax prints she had loved since childhood. “It was all really stereotypical or safari-inspired, but there was nothing that was the kind of beautiful West African colors that I need,” she says. 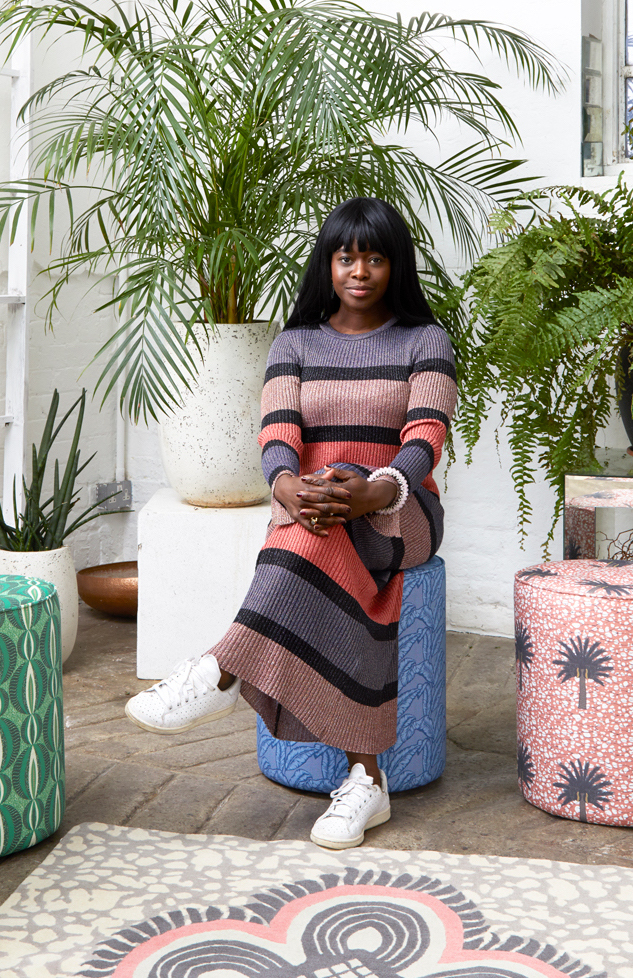 German-born Eva Sonaike wanted to bring her Nigerian roots to her London flat, but when she couldn’t find the prints she remembered being surrounded by in her childhood home, she decided to make her own. Photo courtesy of Eva Sonaike.

She created what she failed to find, bought bolts of bright African wax fabrics from London’s Petticoat Lane Street market, and turned them into stunning cushions, marking the beginning of her home transformation. Making cushions became a hobby, but her creations captivated friends and family, and quickly turned into a business attracting every major department store in London — from Selfridges to Fenwick of Bond Street. When those stores bought her out of her stock, Sonaike turned her side hustle into a full-fledged company.

“I had another child three years later, and while I was working as a fashion editor, I was using my nights and every spare moment to build a company,” she says. “So I set it up, and then two years later, I had to quit my job and the rest is history — and Eva Sonaike was born.”

Peter Ibruegger, who owns a ceramic-design company in London, attributes Sonaike’s success to the ease and elegance through which her heritage translates in her designs. “Having grown up in Germany and then spent her formative years in London has given her a unique perspective on her African heritage,” he says. “Her designs look very familiar but also feel very fresh and timeless and represent a side of authentic Africa that is often underrepresented in mainstream media where negative news of a politically unstable African often dominate.”

Sonaike prides herself on her hand-finished and high-quality manufacturing, not to mention her designs characterized by the use of vibrant yellows, lush greens, and fearless pinks in daring tribal patterns—as unapologetically African as they are luxe. “When I started the brand, one of the reasons why I really wanted to use African-inspired fabrics is because I was working in fashion, you know high-end fashion, and there was no positive representation of African textiles or African styles,” Sonaike says. “So I started off with the Ankara fabric because it was really important for me to create a high-end brand that kind of represents a luxury Africa.” Ankara, a 100-percent cotton, plant-based fabric decorated with tribal-like patterns, is printed in Nigeria as one of its most globally sought-after fabrics.

Sonaike’s empire is one of the few African brands to achieve success in a high-end segment. She feels, however, that the interiors market comes with a responsibility to use her company to help change the negative stigma attached to Africa. “People still think of poverty. People still think of war, corruption. There’s this idea that everyone is suffering, and everyone is poor, and that I’m so lucky that I’m out,” she says. “So I think it’s an important job for everyone who works on an African brand or with anything involving Africa to change the narrative so that everyone at some point will understand the beauty, the strength, the power, the knowledge, the commercial vibrancy we have in Africa.”

Sonaike’s yearly trips to Nigeria, Ghana, and South Africa continually spark her inspiration for new collections. “When I’m in Africa, that’s where I’m a sponge,” she says. “My pores open up for inspiration. It’s the smell. It’s the life. It’s the way we move our bodies. It’s everything that you see.” 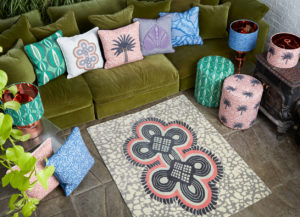 Sonaike uses Ankara, a 100-percent cotton, plant-based fabric, in her designs. Sonaike fuses the traditional tribal designs of Nigera with bold colors and soft pastels in order to create products that are uniquely her own. Photo courtesy of Eva Sonaike.

It was on a trip to her hometown of Lagos where she got the idea for her Eko Eclipse collection, a spread of Yoruban symbols. She was sitting outside at home listening to the rain hammer against the tin roof of her house. “Everything was lush and green, and the raindrops were splattering everywhere,” she says. She started sketching and began thinking about the Yoruba Gods and the Yoruba tradition, sparking the idea for her collection of divine designs. “Eko is kind of the traditional name of Lagos, and eclipse is what happens when the universe kind of comes together and changes.” 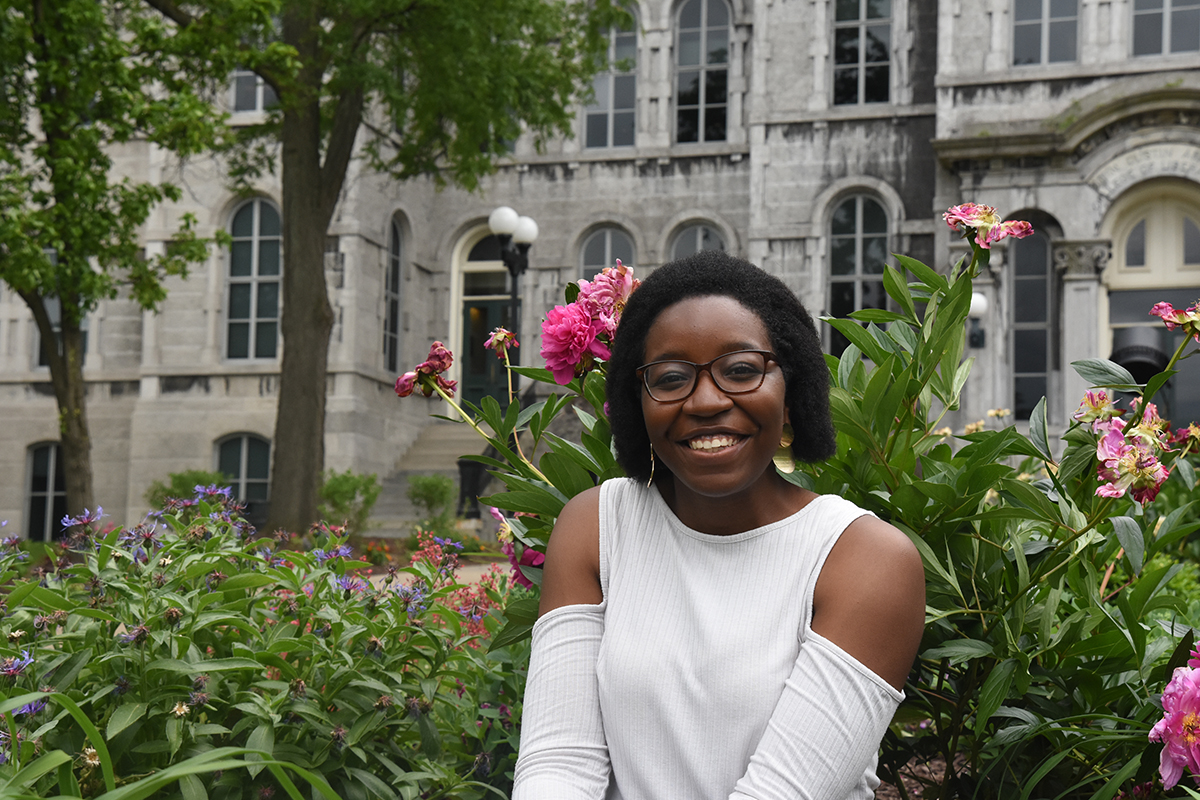 Camille Nzengung comes from Watkinsville, Ga., and is the Suitcase editor at NEHA. From a young age, she’s always been deeply passionate about fashion, which inspired her to pursue a bachelor’s degree in fashion merchandising. She plans to move to New York this summer with aspirations of working for a national fashion publication.

The most sought-after patterns highlight the continent’s Obama obsession and celebrate African beauty. 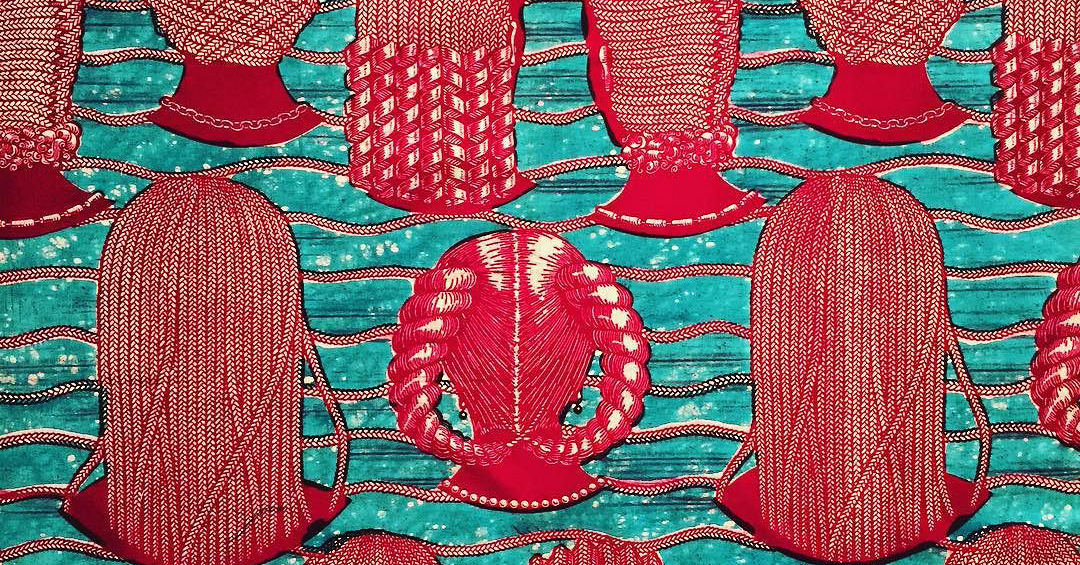 Aoulaba’s Hairstyle, 1987. Created by an Ivorian designer, this pattern features an array of braided hairstyles. Aoulaba is considered to be the idyllic beauty of a full-figured African woman. (In fact, every year Cote d'Ivoire holds an annual Miss Aoulaba beauty contest.) 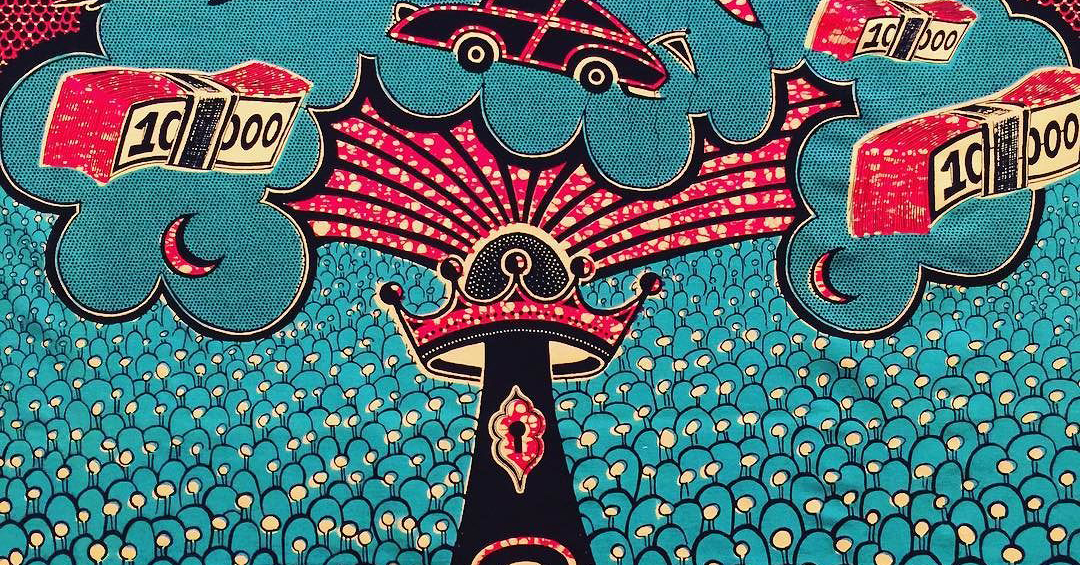 Tree of Obama, 2008. Launched along Vlisco's Collage de Vie collection around the same time as the 2008 presidential election, this textile grew exponentially in popularity when given the name "Tree of Obama," also known as "Obama, the Key to Success." 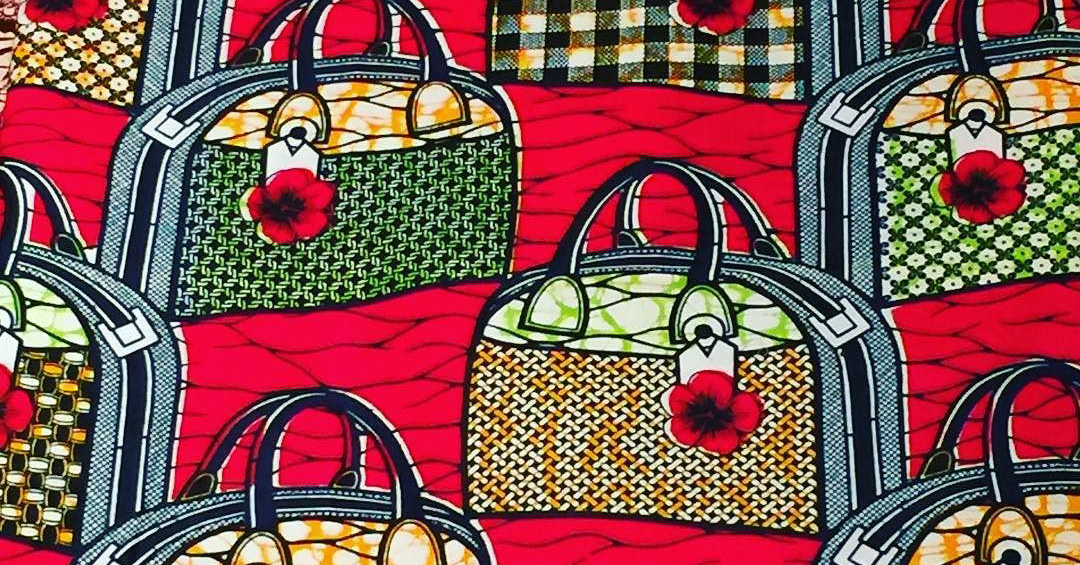 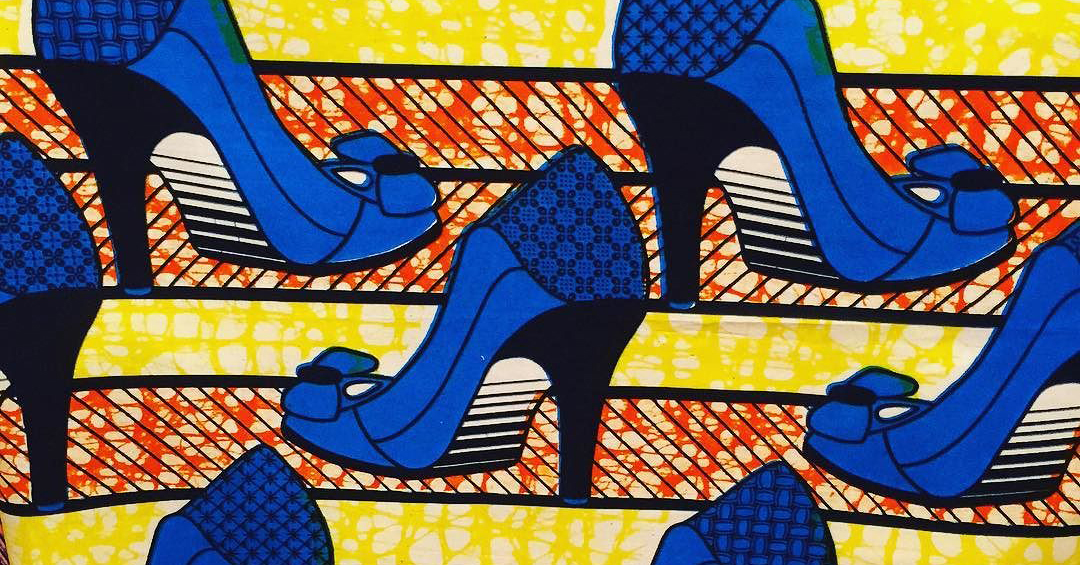 Michelle’s Shoes, 2011. The Obama family is very popular in Africa, and much like the print "le sac de Michelle Obama," this design was named after a pair of shoes the former FLOTUS wore on a visit to Africa in 2011.